2012 Bachelor of Medicine and Surgery at Magway University of Medicine.
(Myanmar)

And what happened after the scholarship? Dr. Chit Ye Zaw first worked in a public hospital in Yangon and then as a project manager for Médicins du Monde (MdM) in Pyapon (Ayeyarwady Region). Here he was involved in maternity and newborn health care. He also founded the NGO “Center for Social Integrity” with colleagues. He is currently working in a clinic in the southernmost part of Myanmar on the border with Thailand. There, medical care is provided primarily to the poor and needy in regions that are difficult to reach.

“I have worked to provide health care to the poor and needy in different regions of Myanmar, including in contested conflict zones. Now I want to specialize in the field of public health, because health care for the poor urgently needs to improve.” Chit Ye Zaw

(1) To serve the poor and needy (the last, the lost and the weakest) in Myanmar, one of the least developed countries in the world, where health care and education are desperately needed.

(2) To support national and global development through my own development, especially in the medical field.

My name is Chit Ye Zaw. My parents are Burmese and their names are U Maung Maung Tin Win and Daw Than Than Sint. My hometown is Hinthada in the Ayeyarwaddy region of Myanmar.

I graduated with five distinctions from the Basic Education High School in Hinthada. I attended Magway City Medical University in the Magway Region and in 2011, conducted internships as a hospital surgeon at teaching hospitals in Magway, Minbu and Pathein General Hospital. In 2012, I successfully completed my Bachelor of Medicine and Surgery at Magway University of Medicine. Additionally, I have held a degree in Traditional Medicine since 2012 and a degree in Clinical HIV Management (online course) from the University of Washington since 2014.

The beginning of my practical activity

In 2012, I started working as a general practitioner in villages near my hometown. Since there are many general practitioners and specialists in my hometown, I opened my own clinic in nearby villages. Many villagers are so poor that even co-payments for medicines are hardly affordable for them. So I treated many people for free and in the end I could no longer maintain the clinic. I then worked for free as a doctor in free clinics opened by monasteries in my hometown. Medicines and medical supplies were funded by donations.

As a doctor in Rakhine State

My cousin worked as a caregiver in the town of Maungdaw in northern Rakhine State in western Myanmar. As I wanted to gain experience and work as a general practitioner or caregiver in NGOs in this area, I went there in June 2012. On June 8, 2012, violent conflict broke out between the Rakhine and Rohingya ethnic groups in Maungdaw, spreading to most towns in Rakhine State. Due to the life-threatening circumstances, we, as well as all other social workers of the local NGOs, had to leave the area for safety reasons and returned to Yangon. Maungdaw is located on the border between Myanmar and Bangladesh, an area where about 95% of the Rohingya are Muslim.

In my experience, the people of the area are very poor and have little access to education. I came across a job advertisement in a journal where the Arakan Saving Committee was urgently looking for doctors to go to the crisis area during that time. I applied for the job and went to Maungdaw a second time. My job was to go to villages and relief camps throughout the area to ensure the health of civilians, with support from local authorities, government agencies and municipal medical officials. I worked there from June to August 2012, as the position had been limited to that time frame.

From January to June 2013, I worked as an area manager for MERLIN in the city of Thantlang in Chin State. MERLIN is an international non-profit NGO based in the UK. In the course of my work, I helped conduct primary health care, malaria prophylaxis and treatment, and behavior change education in the area. Due to my mother’s poor health and the long distance and poor transportation that made it difficult to return to her, I eventually had to give up the job.

Since June 2013, I have been working as a Project Manager (Health and HIV/AIDS) in the national office of Karuna Myanmar Social Services (KMSS) of Caritas Myanmar in Yangon. With the help of my colleagues at KMSS, I applied for the Bettina Kattermann Foundation Scholarship from Germany. 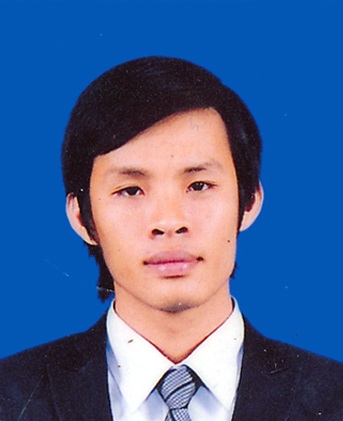