Information on the COVID-19 situation in Myanmar can be found here:
COVID-19 – Statistics

Background of the country

Myanmar’s history is one of colonial rule and occupation, essentially by Britain. Myanmar has been an independent state since 1948, and women have had the right to vote ever since. A military dictatorship existed from 1962 until the first free elections in November 2010. On February, 1st, 2021, the Military Government neglected elections results and took over power in a coup d’etat. Peoples’ protest against the seizure of power however is strong.

Myanmar is a multi-ethnic state with around 53 million inhabitants belonging to 135 different ethnic groups. The largest ethnic group is the Burmese (Bamar) with 70% of the population. The Shan are the second largest ethnic group (8.5%) and live mainly in the Shan State of the country, in areas from about 1000 meters above sea level. Arakanese and Muslim Rohhingya live mainly in Rakhine State, but are denied ethnic status and thus citizenship. They are considered the “most persecuted minority in the world,” according to the United Nations.

To the health care system

The quality of health care varies from region to region, but in an international comparison it ranks at the lowest level. Myanmar has been one of the countries with a particularly high AIDS growth rate for several years. The main causes are prostitution and widespread traditional drug addiction. Strong progress has been made in feeding the population. While 48.1% of the population was undernourished in 2000, the figure was 16.9% in 2015.

Note: The information quoted above is partly abridged excerpts from a Wikipedia entry on Myanmar .
https://de.wikipedia.org/wiki/Myanmar
, accessed 11/24/20

Some data on health care in Myanmar (see below for sources)

The World Health Organization estimates that fewer than 2.3 health workers (doctors, nurses and midwives only) per 1,000 patients are insufficient to meet primary health care needs.

Note: This rate is often considered an indicator of the level of health care in a country.

For more information on health care in Myanmar see also

“I particularly want to provide more support to those who are under-helped because of their infectious diseases such as HIV, tuberculosis and multi-drug resistant tuberculosis (MDRTB).” 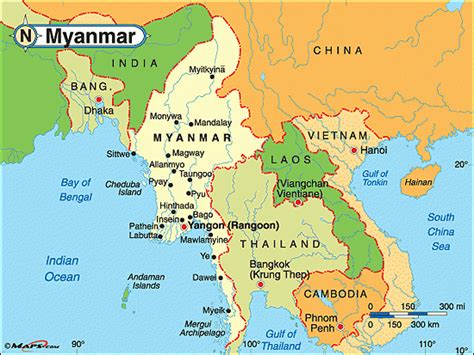